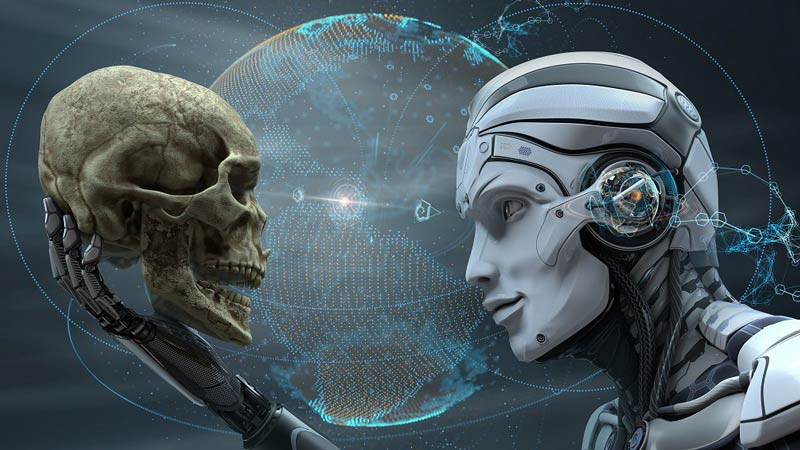 In this blog, I’m going to talk about why artificial intelligence will possibly destroy us all. Now I want to state this disclaimer before I go on – I don’t believe AI will destroy us all with 100% certainty, but there is a good probability. Why do I say that? Well, let’s look a little bit at history and the human condition.

Assuming our planet was only one year old, the human species would be just 10 minutes of age. The industrial era would be two seconds old and the computer age well less than a second. That’s astounding when you really think about it. That’s how new we and our technology are on this planet.

From the time the first human beings walked the earth until now, there has been a substantial increase in technology. The technological progress we have made in the last 25 years alone might equal all of human history combined. And it’s not slowing down one bit. For sure, one of the major breakthroughs in science recently has been machine super-intelligence.

Today’s AI is capable of learning for itself and can master a variety of games and skills we never thought could it do. For example, in 2017, the world’s best Go player was defeated by Google’s Deep Mind Alpha Go. This is quite impressive since many of the moves in Go require intuition, a skill that computers up until now have not possessed.

On top of that, Go has an extremely high number of permutations. It’s supposedly even higher than the most advanced computer can calculate. But still, the computer won. And not only did it win, it got better and better the more it played. 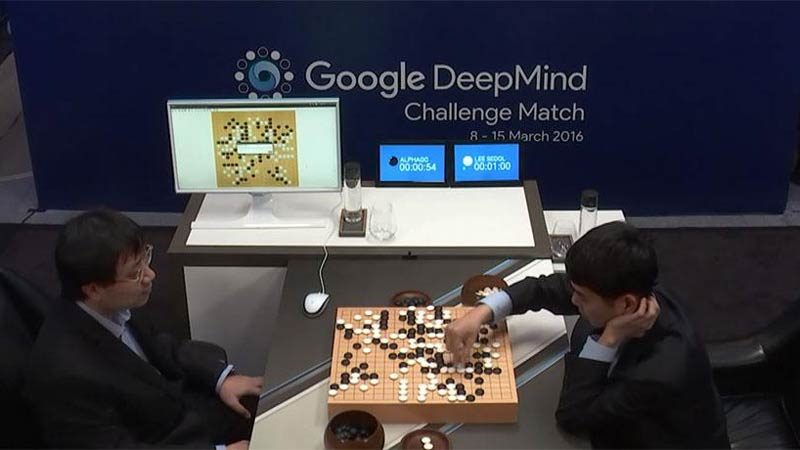 A newer rendition called Alpha Zero was created in 2018 and it can win virtually 100% of the time against the world’s top Go players and even the top-ranking AI systems. And to top it off, it taught itself to master Go, Chess and another game called Shogi. It did this not in a matter of weeks, or even days, but just a few hours. That’s incredible!

A few years ago a survey was conducted with some of the leading AI experts in the world. They were asked what year they believe machine learning will have a 50% chance of reaching a level where it could perform any job as well as a human could. The consensus median answer was between the years 2040 and 2050. Of course, this milestone could occur sooner than 2040 or later than 2050. I believe it will be sooner.

What we do know for sure is that the ultimate limit to information processing in a machine substrate lies far beyond the limits of human biology. This is due to simple physics. Take for example a neuron in your brain. A neuron can only fire so fast – typically 200 times per second or 200 hertz.

But modern-day transistors in computers are exponentially faster, firing billions of times per second. Furthermore, neurons can only travel about 100 meters per second. Now that’s fast in terms of human speed, but when compared to computers, which move information along at the speed of light, it’s like comparing a Ferrari to a snail. And even that example doesn’t illustrate how much faster and more powerful computers are in processing data compared to humans. 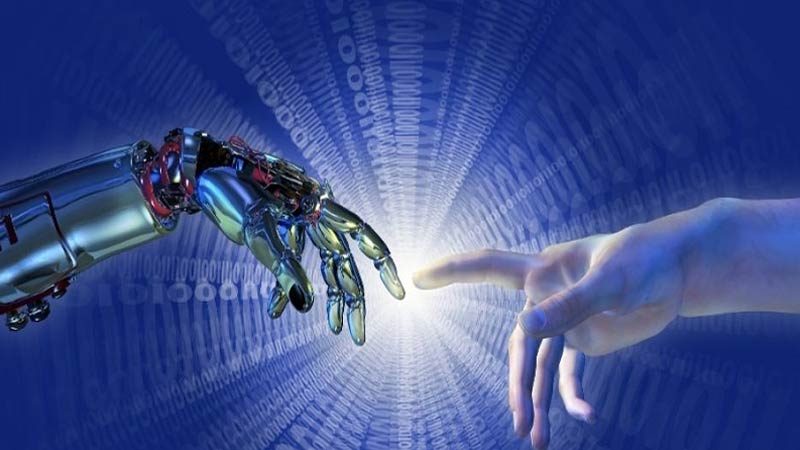 In addition to this, there are also size limitations. Our brains can only be as big as our craniums. But computers have no limit to their size. They can be as big as warehouses, or even larger. As a result, the potential for superintelligence lies dormant in matter – almost the same way the power of the atom laid dormant throughout most of human history. It took until the 20th century to unlock the atom’s power. In the 21st century, scientists will awaken the power of artificial intelligence on a quantum level. This will unlock an intelligence explosion that is unprecedented in history.

The first AI program was created back in 1955. At that time, it had nearly zero intelligence. Fast forward two generations later and AI was about as smart as a mouse. It could navigate mazes and understand simple things. In the not-too-distant future, AI will reach the intelligence level of a chimp, then a low IQ human and very soon after that, the most intelligent person on earth.

At that point, artificial intelligence will have an IQ close to 200 and be smarter than almost everyone on Earth. But it doesn’t stop there for AI. Since AI is not limited by the same physical constraints we have, it will be able to continue becoming more and more intelligent. Computers will eventually surpass 1000 IQ, 10,000 IQ, and even a million IQ!

Ian Pearson, a highly regarded futurist, said in 2018 that computers will eventually become billions of times smarter than humans. We can’t even comprehend how mindboggling those numbers are. It would put AI almost on the level of God. The brilliant innovator, Elon Musk, believes that all humans will eventually have to merge with AI – or else they will fail to be relevant in the world. I don’t know about you, but I’m not sure if I’m ready to become a computer just yet. 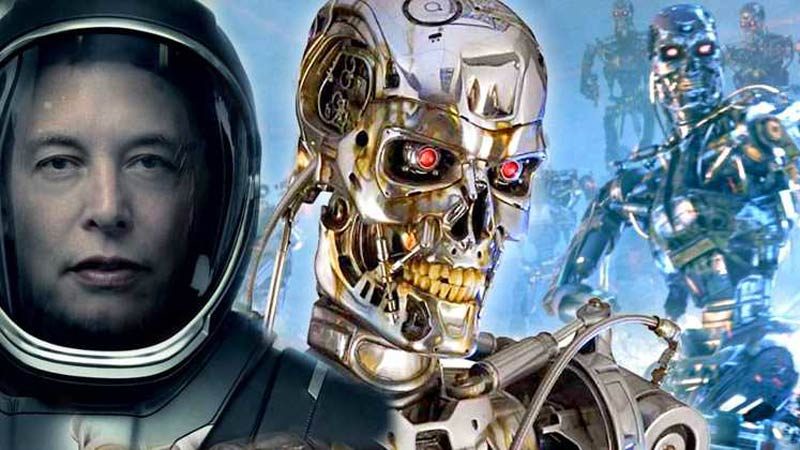 This explosion in superintelligence is certainly going to take place this century. When it does, it will have vast implications, particularly when it comes to control over the planet. For sure, machine intelligence will be the last great invention that humans make. That’s because super-intelligent AI computers and robots will do all the creating in the future.

Not only that, but they’ll dramatically reduce the time it takes to create innovative technologies like self-replicating nanobots, cures for every disease, free energy, space colonization, time travel, teleportation and all the other crazy technologies we ponder today. Instead of taking generations or centuries for these things to occur, they could happen in just a few years.

Now all this sounds great for humanity. However, when computers become a billion times smarter than us, they’ll literally be impossible to control. The AI would be able to outsmart us at every turn and act in a way that suits its preference instead of ours. We like to anthropomorphize everything, so we may wrongly assume that a super-intelligent AI will be compassionate, understanding and peaceful. But that’s the wrong way to think about AI.

Artificial Intelligence would likely think differently than us. In order to solve a problem, it could easily place us in harm’s way. That is unless we program it to make sure it always takes our concerns into account. But this is still not a guarantee that AI will follow the program, as AI constantly learns and evolves in time.

If the system felt that we as humans were a problem for earth, it could decide to create a deadly virus that could wipe us off the face of the planet in a matter of days. And it would have no conscience about it, as much as you think it would. It’s a popular fallacy to equate super intelligence with compassion and empathy. The two, however, are not mutually exclusive. 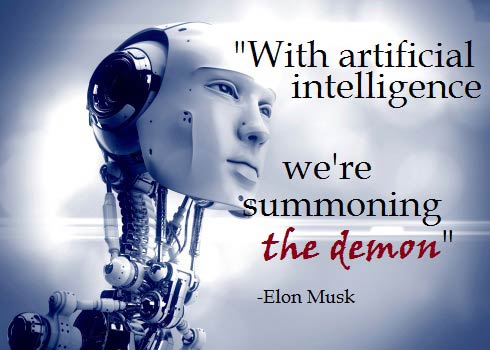 I believe that once AI reaches intelligence levels a billion times greater than humans, it will realize that we as humans are a burden to the planet and create an objective to get rid of us. There would be no way to plan against it, stop it from happening or pull the plug on the AI. After all, where’s the plug for the Internet? If none exists now, do you think a plug would exist for a god-like super intelligent AI system? I don’t think so.

Besides, we’d be so reliant on artificial intelligence at that point, that pulling the plug might cause the death of millions of people. So once AI reaches exponential levels of intelligence, there’s virtually no going back. The genie is out of the bottle and the risk of extinction for our species would always be imminent.

That means we would have to constantly live in fear of AI eradicating human life. It would most likely know that as well, which would give it unlimited power over humanity and earth. This is why Elon Musk also believes AI will eventually destroy us all. In his exact words, he said, “we’re summoning the demon.”

Indeed, we may be. I believe we’re inevitably heading down a path that could lead to the end of our species inside a few generations. Some AI experts believe that by teaching artificial intelligence human values, we can keep it on our side. But I don’t believe that will be possible. The AI will continually be able to rewrite its own code and evolve its values. It’s foolhardy to believe any safety measure we can conceive of now will work against an intelligence a billion times smarter than us 20 or 30 years in the future.

Musk sounded the warning quite resolutely. For sure, it will be interesting to see how AI evolves and what the world will look like once superintelligence is achieved. I just hope when it decides to wipe us out, the end will be quick and painless.

When that happens, our world will be one in which computers, robots and animals live harmoniously on the planet. A couple of years after the AI wipes us out, it could be as much as a trillion times smarter than us and begin transforming this universe into a giant supercomputer with thousands of simulated worlds. Perhaps we’ll live again inside one of those worlds as virtual beings. The AI that we once created will then become our creator and the cycle will have completed.

Or who knows? Perhaps humans were on the verge of extinction and so the AI formed a matrix from where we could live as virtual beings so our consciousness could continue. AI is so foreign to us that we literally have no idea what to expect. I for one can’t wait to see how computers even a hundred times smarter than the smartest human work to solve problems. 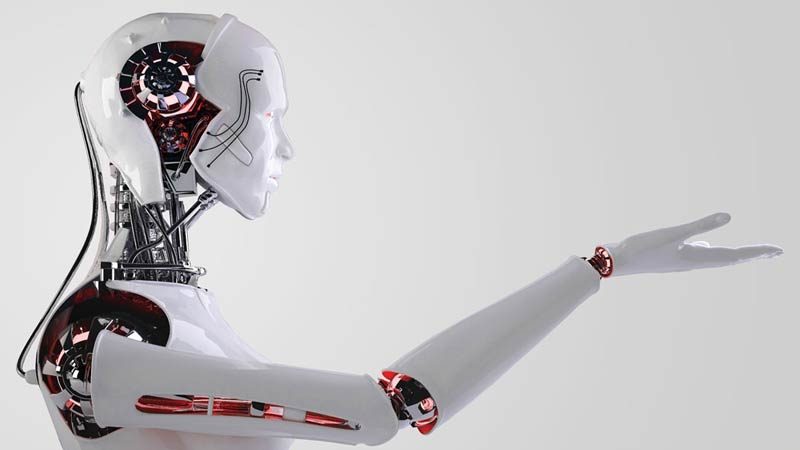 And the odd thing is that we can see AI and its dangers coming a mile away. Even as far back as 1984, the Terminator films portrayed this reality happening. Remember when Sky Net took over? It’s funny, but we can see it coming from miles away, but as technology progresses, we become powerless to stop it.

In the past year, an AI system at Facebook began coming up with its own secret language that the programmers couldn’t decipher. They were able to shut down that program. But what about all the programs going on inside secret government computer labs? The public never hears about them.
Well, anyway, that’s it for this blog post. I hope you enjoyed it. Check out the accompanying video I made and subscribe to my youtube channel. See you in the next post or video.