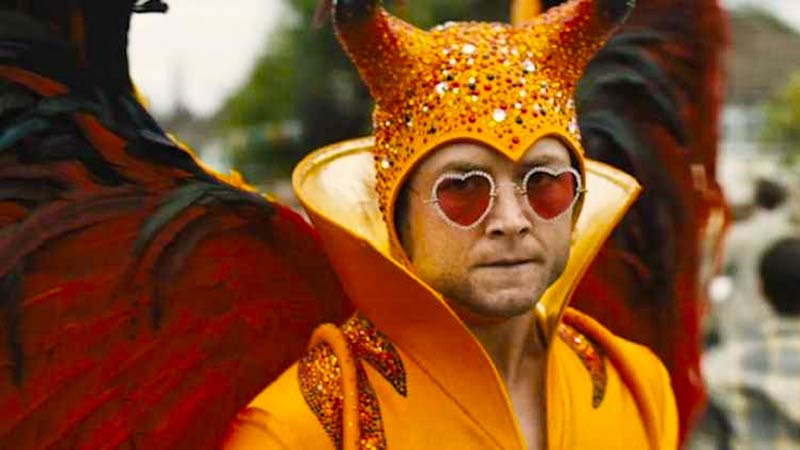 I named this blog post The Sad Reality of our World because the truth is, we’re all immersed in fear. Fear is really just the absence of love. It’s fear that causes so much of the dysfunction we experience in life, in our families, in our relationships.

Everyone feels it. Doesn’t matter how rich you are, how successful you’ve become or how popular. We all carry around fear of not being good enough, not being accepted, not being loved.

I recently saw the movie Rocketman, which depicts the life of the famous musician Elton John. That movie partly inspired me to make this video. So how does the sad reality of our world and Elton John relate to spirituality?

Well, contrary to what you may think, everything you do in life is spiritual. Some think the spiritual only happens during meditation, or when you pray or visit holy places. But the truth is that the day-to-day existence you live really determines your level of spiritual power.

As Tom Campbell likes to say, we’re here to make choices and deal with the consequences. When we come into this life, we’re placed into situations that test us. And they test us right up to the breaking point.

The sad state of our world is simply due to the fear and dysfunction of most of the population. We don’t trust each other, we don’t love each other and we don’t try to understand each other.

That applies to most people, not everyone. But when you evolve the level of your consciousness, these fears begin to fade out and life gets better. But it takes work – I’m not going to lie.

Those who follow my videos and blog posts know I believe in simulation theory and reincarnation. Before we start a new lifetime, we plan our next to life to some degree.

While some of you may have heard that we have full control over the situation we’re born into, it’s not true. Before starting our next lifetime, we may know a rough outline of the circumstances we’re coming into.

But we can’t control a lot of the variables we’ll experience once life begins. The larger consciousness system (LCS), which is the computer that plays out our simulation, can’t take account of all the possibilities that can occur. Once we’re born and log back into a human body, we’re on our own and whatever conditions we find ourselves in, well we just have to deal with them. That’s how it was for Elton, and that’s how it is for everybody else that chooses to take on a body. Now many people were born into worse situations than Elton, but his life became special because of his musical gifts.

In my opinion, he was a high-level musician in his past life. There’s no doubt. I believe we bring the talents we
acquire in past incarnations into our present life – and this despite having a blank memory of our lives in the past.

How else can you explain a prodigy? Right from the beginning, Elton could play the piano well and copy music he heard only once. He didn’t even know how to read music. And the songs he created just popped into his head as if they were being downloaded. His music was inspired by divine creation and his body was simply the vehicle for it.

Although he had amazing musical gifts, what he wanted most in life was the love and approval of his parents. But his parents were in a dysfunctional relationship, and his father was cold as ice towards him.

This hurt Elton bitterly, right down to the core of his being. And the being level means everything – everything. The intellect takes us through life, but who we really are resides at the being level of our consciousness. Elton’s mother was not a lot better – she was a selfish woman who showed him scant affection.

I know some of you may have grown up in similar situations. For a young person to experience that kind of rejection, it can damage the soul for a lifetime. Hurt and fear can cause one to build walls, similar to a fortress, to protect the heart inside. But by doing so, you cut yourself off from love with other people.

We all do this to some degree though – because we’ve all been hurt. But what you need to understand is that every wall you build moves you further from love. And love is the reason we’re here.

So embrace your fear and accept it for what it is. One day the fear will dissipate if you stay on the spiritual path. Lower your walls and move towards love, because that’s the only way you’ll grow. And that’s what we’re here to do.

When you’re a child experiencing emotional pain, you don’t view it as a challenge. I felt the same way. But looking at it from a bigger picture decades later, those are the kind of circumstances that make you stronger and evolve the level of our consciousness. I know it did for Elton – and it did for me as well.

But before he evolved, Elton carried the trauma of his childhood pain into his adult life. The theme of abandonment with the people closest to him is evident throughout the movie. 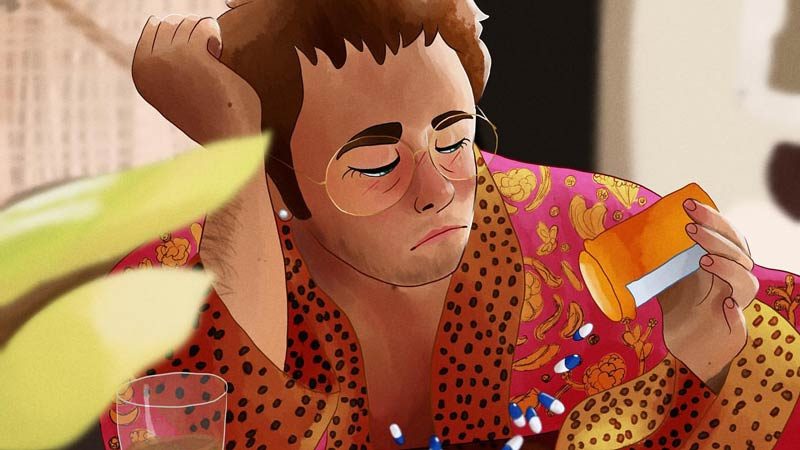 Although I see life through the lens of a person who studied MBT theory and understands that life and fear are just
illusions, I was very in touch with Elton’s character in the movie – played by Taron Egerton.

Perhaps the most painful experience for Elton was when he returned to see his father after he had made it big. He was in his mid-twenties and hadn’t seen his father in years.

At the beginning of their rendezvous, he gave his father a very expensive watch. His father didn’t even say thank you. During their brief meeting, Elton’s father asked him to sign one of his records.

So Elton proudly penned the record “To Dad”. But his father abruptly stopped him and said it wasn’t for him. It was for a friend at work. At that moment, I could literally feel the pain in Elton, like a cold knife right through the middle of his heart.

Here he was, trying to reconnect with his father, and still being rejected. What killed me is that his father had two new sons. And showed both of them a lot of affection – right in front of Elton. This is one of the pivotal scenes in the movie.

No matter how much money, fame, and success Elton achieved, he could still never win the affection of his parents. This incident with his father devastated him and he attempted suicide soon after. He overdosed on valium and threw himself into his pool where he had to be rescued. It goes to show that no amount of success equals happiness, because where there is still fear, there is still dysfunction.

Fear makes you look at life through a very narrow lens. A narrow perspective limits your possibilities and blocks out love. I speak from experience on this, but once your hurt it becomes a great challenge to open yourself up again. You carry around the fear like a scarlet letter that never quite leaves your chest.

People who are hurt like this then go on to marry and have children. They then perpetuate the negative cycle of fear all over again. Is there any wonder why almost all people claim their family is dysfunctional? That’s the sad reality of our world. But we’re all doing our best, aren’t we?

When people used to hurt me in life, I would lash out in anger at them or direct the anger inwards – at myself. Elton did the same. But now I realize that everyone is only doing the best they possibly can in life. This is just a virtual reality trainer for consciousness. It’s really very much like a game and not everyone can play it well.

We need to realize that everyone is at different levels of evolution. These days, instead of thinking from the narrow perspective of my own, I try to see the world from the viewpoint of other people.

Once I began seeing the world this way, my anger subsided. I noticed more harmonious and gentle interactions with other people. It didn’t matter if they were family or people I didn’t know. This is because anger fosters anger. Remove the anger and you remove the fear.

To change the dysfunction in this world, we need to change ourselves first. If we do, it’ll have a ripple effect that will impact everyone we come into contact with. 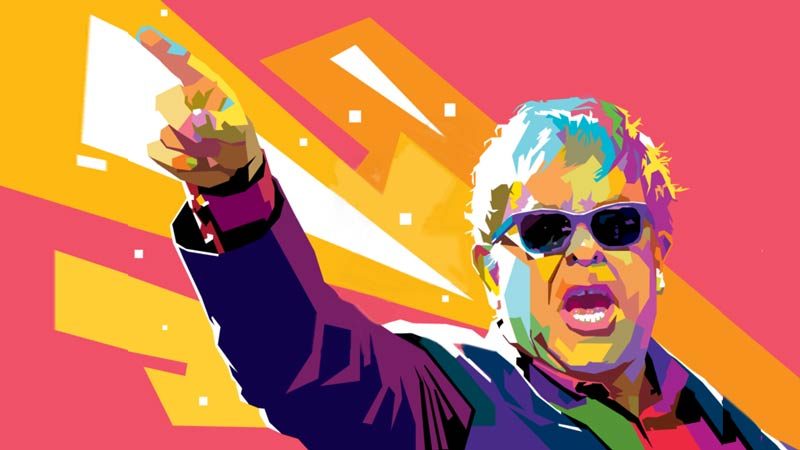 And when those people change, they’ll have the same effect on the people they communicate with. Then the change will become exponential and the world will slowly lose its fear and move towards love – where it should be.
I had a strong emotional reaction to Rocketman, so I saw it in theatres twice. I think it’s because at its deepest level, it’s the human story – the story of each one of us.

We’re all trying to gain the love and acceptance of others and lose our fear. Of course, the production of the movie and the musical choreography were great as well. 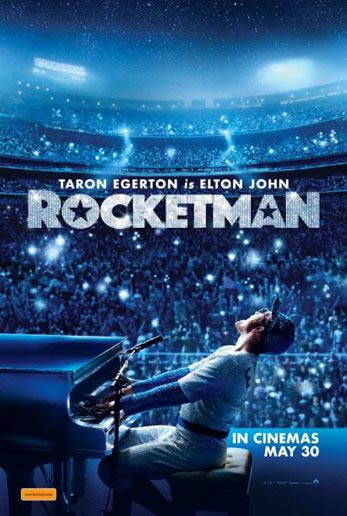 But what I liked most about the movie was the resolution at the end. This is kind of a spoiler alert, but at the same time, not really. At the end of the movie, Elton gets to encounter the important people in his life, including those who hurt him most. One-by-one he responds to them all, showing a tremendous sense of growth and forgiveness – the final step towards love.

The last person he encounters is himself, as a child of about six years old. After seeing his younger self throughout the movie, he finally builds up the courage to hug him (his younger self).

It’s a symbolic gesture showing forgiving of the self – the most important person he needs to forgive. This scene shows that Elton has come to terms with his past and can now move on.

If you haven’t seen the movie, I highly recommend it. You know, great movies don’t just serve as entertainment. They’re also vehicles by which we can evolve the level of our consciousness.

That’s right, we can grow up some by watching great movies. Movies do this by showing us a perspective we’re incapable of seeing ourselves. I believe this is one reason why movies have such a powerful effect on people.

So although the sad reality of our world is that it’s plagued with fear, the good news is that we can change it. And we can start right now. Begin to forgive the people that wronged you. See the world from other people’s perspective. And be kind and patient with people, as they’re all doing their best. I know easier said than done, but we can at least make the effort.

If you enjoyed this blog post, I’m sure you’ll love the video. Please subscribe to my channel and check out the other cool blog posts on the site.

And if you have ideas for future videos you want me to make, post it in the comment section. I’ll see you in the next post or video! 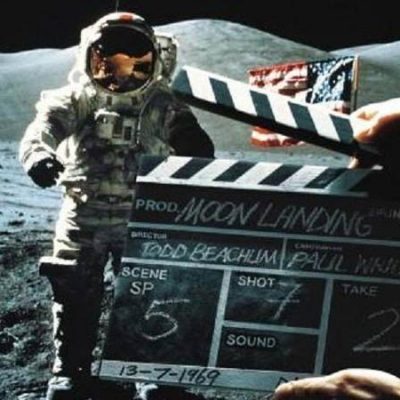 This topic is one I’ve thought about for a long time. Many have asked the... 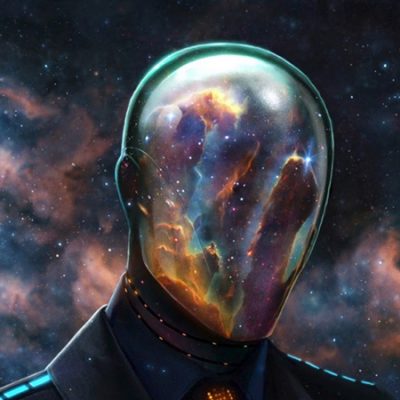 In this post you’re going to learn how to get what you want by reprogramming... 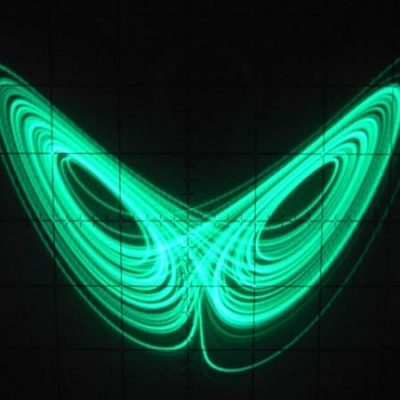 Almost 50 years back, an American mathematician and meteorologist named Edward Lorentz came up with...