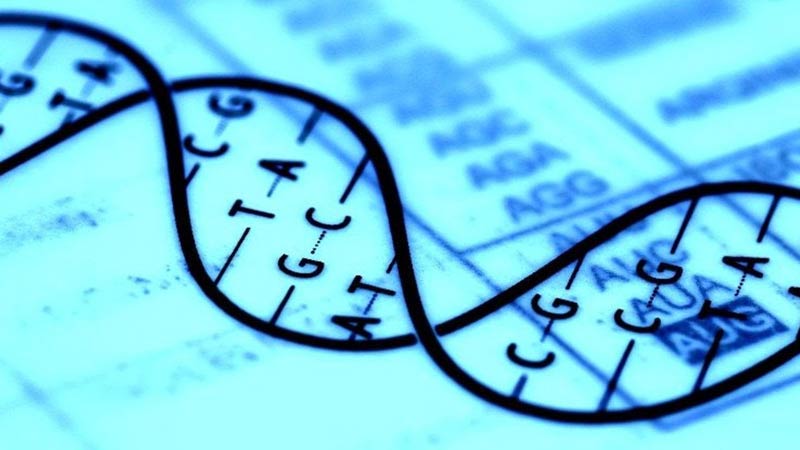 In this blog post, we’re going to learn the surprising truth about DNA and what its real purpose is in our bodies. We’ll also learn how we can use our consciousness to work with our DNA and RNA to rework the codes that can cause us physical and emotional problems.

This post is going to be a little more technical than some of the others, so bear with me. I’m going to get into some science first, but it’s all very interesting. In the end, I tie in the science of DNA to consciousness and simulation theory.

DNA or deoxyribonucleic acid is the body’s genetic library found in every cell. If DNA was stretched out, it would span thousands of miles. DNA carries the codes for our physical characteristics, but it’s much more than that.

It contains more storage space than our most sophisticated storage devices by a large factor. The known DNA code represents roughly only 3-5% of the mapped genome with the remaining 95-97% not being known. Some have referred to this part of it as junk DNA. But is it really junk?

DNA can be expressed as a series of letter codes of A, C, G and T. These are compound structures that make up the basis of DNA. How these compounds are arranged in the DNA decide your genetic makeup.

They also decide whether a life form is an insect, rodent, animal or human. You’ve heard it said that 90% of the DNA sequence in humans and rats are the same. It’s true – it’s the 10% difference that makes us human and not a rat.

As most of you know, I believe we are living in a simulated universe – meaning everything is virtual. It’s all just code in a hard drive somewhere. We interpret the information and believe it to be real.

Applying this computer metaphor to DNA, we can think of DNA as the software code that writes all of life. DNA is actually a very sophisticated binary code that requires optimum precision to work right. 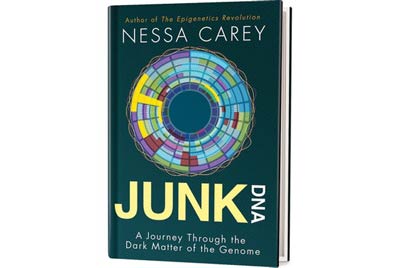 If a few pieces of the code are out of place, then it could seriously impair the ability of proteins to be made that create life. And being there are nearly an infinite number of combinations that can occur along the strand of a DNA, it’s a one-in-a-billion chance the codes randomly assembled to form all the species of life we see, including us.

This shows us that DNA is a type of software code that is extremely complex. It is also more sophisticated than our most advanced computers and, for my money, is made only from intelligent design.

Atheists really need to think twice about this. Intelligent design of something assumes it was made by an intelligent creator. While the creator, or God, isn’t the topic of this post, I wanted to touch on it briefly. This is to demonstrate that once you understand the complexities of DNA, you really have no other choice but to believe that an intelligent creator designed it.

So far we established DNA to be a very advanced software program that writes the code of life. But DNA is also a crystallized structure, making it a receiver, transmitter and amplifier of light.

DNA is basically composed of two strands which form into a double helix. When unraveled they look like two ladders. Interestingly the winding stairway in freemasonry and the caduceus (the symbol of the medical profession which has a snake image) both symbolize DNA or the double helix structure. I don’t think it’s a coincidence this is so.

Remember though, what we think of as physical is actually holographic. The base form of DNA is more akin to a frequency field or a compact disc holding the genetic information of your body. When we procreate, two software programs of DNA from the mother and father come together and are copied onto another disk.

The baby then contains DNA that is a fusion of both of its parents. This is how genetic characteristics and defects are passed on. Any defects are like a computer virus that is passed onto the new disk, which in human terms is the offspring or next generation.

Once the disk of the new fetus is created, it’s copied over and over again so that it’s present in each of its trillion of cells. Therefore, every cell in your body contains the same DNA code that ultimately forms you, just as a software program has one main piece of code it works from.

Now to talk about the RNA. The RNA in your cells is like the reader of the DNA. RNA is ribonucleic acid, which is a single strand. Think of the DNA as the CD and the RNA as the laser that reads the DNA’s information and communicates it to the cell.

We hear a lot about DNA, but the RNA is just as important. It decides which part of the DNA will get expressed or not. This can obviously have a huge impact on our health. RNA can actually be affected by our environment, our feelings, electromagnetic and chemical components, and even the matrix itself.

I have a personal theory about psychosomatic phenomena, also called the mind-body connection – especially when it comes to health. I believe that when we consistently indulge in negative thinking, it triggers the RNA in our bodies to express unhealthy genes by reading the flawed parts of our DNA or not reading the good parts. These reading or copying errors, ultimately produce ill-health in the body which can lead to premature death. 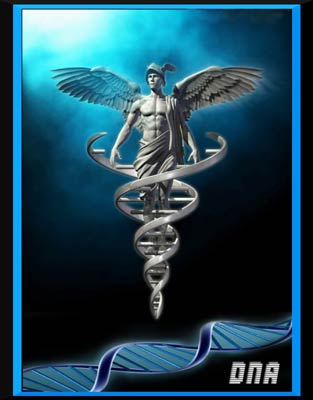 Why do negative thoughts affect RNA? My theory takes the view from a larger picture that we are all fundamentally consciousness residing in a supposedly physical body – which is really an avatar. If this is so, then life can be viewed as a very sophisticated simulation or even a game.

When the game becomes too difficult, our thoughts grow negative and this is a signal to the RNA that the consciousness wants out of the simulation. Again, this is entirely my theory. I’ve never read or saw this anywhere.

So the RNA malfunctions and this creates a diseased state in the body that in time will lead to death. Such examples would be when an elderly person’s spouse dies and then they pass away soon afterward, even though they had no medical issues.

Another example is people sentenced to a lifetime in prison. It’s not uncommon for those people to contract a disease, like cancer, and die soon after.

This theory, which is really a hypothesis, explains how our thoughts affect our body. The good news is that just the opposite is true. If we have positive thoughts and are happy, our RNA will work well and we’ll be in good health.

Anyway, getting back to DNA, it’s not only a software program but also a receiver and transmitter of information – as I said earlier. Due to its crystalline structure, it can actually emit photons.

The information it sends and receives is exchanged with the matrix – our holographic universe – and other life forms. This theory can explain how we just know things beyond our five senses.

For example, you know when someone doesn’t like you, or when you’re in danger. It’s a feeling you have that you can’t explain.

It’s the same for animals. Animals must rely strongly on their intuition and usually exhibit coordinated behaviors on instinct without planning.

One such example is the 100th monkey syndrome. All this is possible from the constant information being exchanged on a subconscious level from our DNA – between life forms and with the matrix itself.

I should point out that consciousness is the most important factor in determining everything. Our consciousness is so powerful, it can actually override many of the errors in our DNA. I’ll give you an example, but first, let me tell you about something amazing I discovered a few years ago that will help demonstrate the example.

There’s a word in holistic medicine called miasm, discovered by a German physician about two hundred years ago. Miasms play an important part in all our lives and could be the answer to many of our emotional and physical problems. The definition of miasm is this: vibrational resonances that constitute a deep susceptibility or predisposition to specific disease states.

Looking at it from the perspective of a computer metaphor, miasms are basically negative software codes in our DNA that if read by the RNA, can produce addiction problems, physical diseases and emotional issues.

Miasms are passed down genetically and are electrochemical coding of cellular or emotional memories from our parents and ancestors. A miasm for alcoholism can be passed down, as can one for depression.

We are pretty much unaware of them but consciousness is the main factor that can either bring them out or keep them dormant. This could explain a biological reason why people get the same problems as their parents. I believe it has as much to do with miasms as with sociological issues.

So that brings me back to something I touched on at the beginning of the post – junk DNA. Does junk DNA have a purpose? Yes, it certainly does. The creator of our simulation is very intelligent and efficient. It doesn’t waste much. 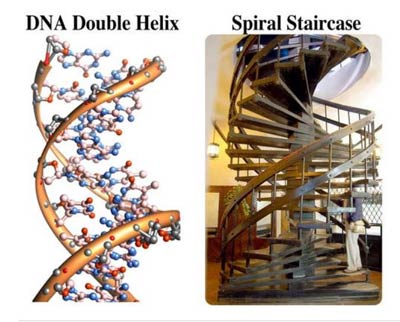 The purpose of “junk DNA” is to connect us to other people and the matrix itself – basically a lot of what I’ve been saying in this blog post. It may also connect us to the realms unseen, like other virtual realities.

If the parallel universe theory is correct, then we may be in touch with our alternate selves in those other universes. Perhaps that could contribute to our mood, in that we inexplicably sometimes feel very happy and other times very sad.

Our connections to the entire system and each other are why no man can be an island unto themselves. We’re all connected, and how strong we feel those connections or not, are based on much we open ourselves up to them.

Some people are very intellectual and closed off while others are very intuitive and open. My main objective in making these videos and blog posts is to get you to open your reality and see there’s a bigger picture than you think.

I hope you enjoyed the content here. Please subscribe to my youtube channel to be notified of future videos. And check out more of my blog posts right here – I have a lot of interesting articles that’ll blow your mind! 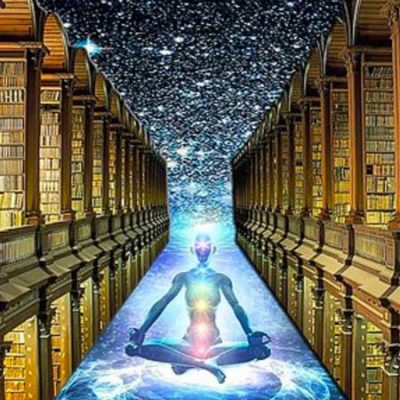 So what are dreams and what do dreams mean? Just as importantly, why do we... 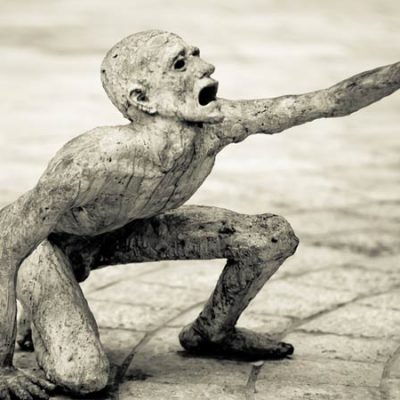 Many of you may be wondering if Earth is a prison planet. In other words,...