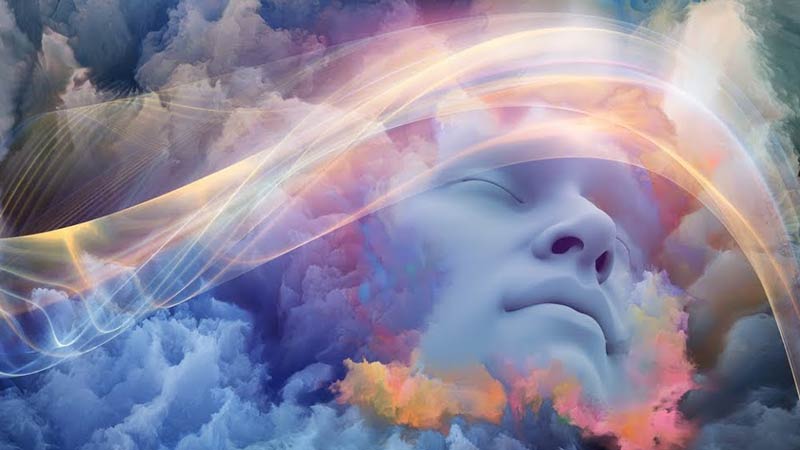 In this blog post we’re going to answer the question: can we escape the simulation? The question can also be posed in this way:

Can we break free from the matrix we find ourselves in?

What this means is that we’re basically avatars playing in a very high-tech video game. Since our consciousness is the only thing that’s real, it’s the only part of us that survives after our death, which is really just the end of our temporary physical avatar here on Earth. It’s important to know that our consciousness existed before we were born and it remains intact after we die.

If you watched the Matrix movies, you should know the plot pretty well, but I’ll reiterate it for those that don’t. Basically, advanced computers enslave humans to use them as batteries. To do that, they basically induced them into a coma-like state and plugged their minds into a simulated universe called the Matrix.

Only the consciousness of the coma-induced humans was inside the simulation, but they felt like it was a completely real existence, even though it was all computer generated. We find this out when we see all the humans incubated in pods with their minds hooked into the matrix.

From that perspective, the Matrix movies have common ground with simulation theory. For example, our consciousness is plugged into this reality frame and we really believe our bodies and the world are real. However, I’m sorry to tell you, but they’re not. They’re simply virtual bodies and a simulated world composed of ones and zeros – just like the matrix. 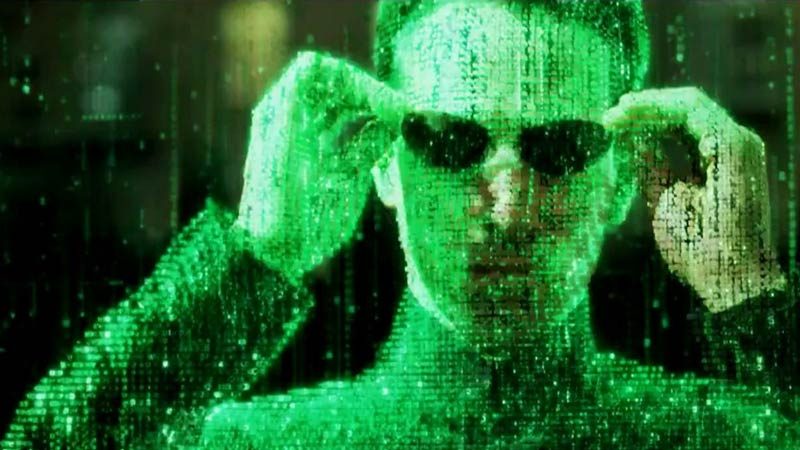 And similar to the Matrix movie, our real selves, also called our higher self, exist elsewhere, in another virtual reality frame. So, in a way, simulation theory has that in common with the Matrix movies too. 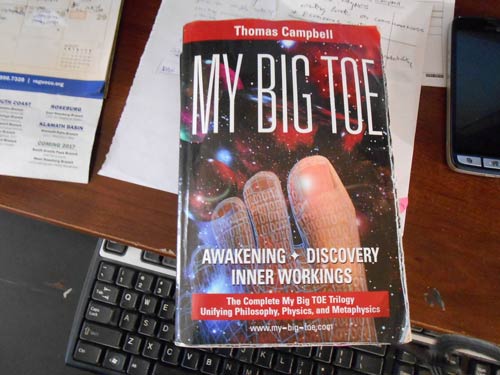 So, if we are in a simulation, how do we escape it? Well, I’m afraid it’s not really possible. You see, nothing programmed inside a simulation can know about the conditions outside of it. The code of ones and zeroes on the screen simply can’t feel or interact with the plastic the monitor is made of.

Look at it this way – imagine a Sims character who doesn’t want to be in the game anymore. He learns there might an entire universe outside the game that he wants to explore. So how does that character break free of the game and reach the reality we’re in?

The answer is he can’t. The character simply can’t climb outside the game and exist in another reality. It’s just not possible on any level. A virtual character cannot exist in a physical world. It’s the same situation for us.

Sorry to break the news, but I’m afraid that we’re stuck in the simulation for the long haul. Keep in mind this simulation was made for us, not to keep us hostage. It was made as a virtual reality trainer for consciousness, not to enslave and keep us prisoners.

Be aware that your mind or your consciousness can temporarily leave your body and any pain you are now experiencing. We see this with out of body experiences, remote viewing, near-death experiences and psychic phenomena.

This would be the only way we can be free of the pain and discomfort of our body and life – if just temporarily. Drugs and alcohol do this to a lesser degree but come with a cost. But going out of body using the mind is the safest choice.

How else can it be explained that some people experience completely different perspectives of awareness than from the location of their physical bodies? One example would be a near-death experience in an operating room.

Some people report being announced temporarily dead and looking down on themselves from the ceiling of the operating room. They are completely pain-free and can see and hear everything going on. 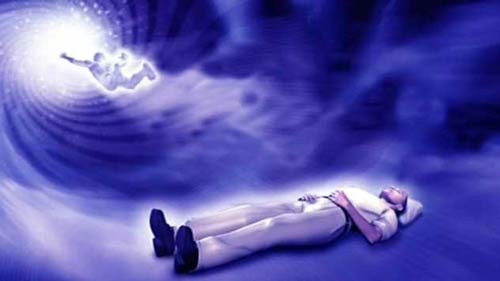 Now if our minds can escape our bodies, then does that mean they’ve escaped the simulation? Again, the answer is no. You see our world is one particular simulation. But there are thousands of other simulations that exist in parallel with ours.

For example, the after-life is yet another simulation. And there are plenty of others where whole other universes exist. All of these simulations are connected together and part of a greater system. For the sake of clarity, we’ll use the terminology from MBT theory, which calls it the greater consciousness system or LCS.

What’s cool is that all of these simulations can be explored by our consciousness, which is really the key to everything for us. Remember, our consciousness is the only thing that’s fundamental. Right now, most of you are only conscious of your earthly life.

But you also exist as a higher self somewhere else within the greater consciousness system. In MBT theory, the higher self is called the “individuated unit of consciousness.” Your body here on Earth is the “free will awareness unit”.

While life on earth may seem difficult and stressful, in the after-life it’s peaceful. So, if you die here and find yourself in the after-life, you might really like your existence there for a while. But ultimately, a utopian existence offers very few growth opportunities and you will likely grow bored.

When that happens, you’ll probably want to incarnate into another body on earth – or even into a different part of the simulation. The point is, while you may wish to escape life on earth now, after you die you may be totally content and comfortable in the after-life and not care to escape. It’s all about perspective.

As consciousness you are powerful. Technically you have the ability and freedom to roam through the entire greater consciousness system. But right now, we’re playing avatars here on earth and have largely forgotten our true nature.

So that brings me to the greatest question of this blog post. Can we escape the greater consciousness system? This is the mechanism that generates the simulations and perhaps our consciousness as well. Unfortunately, no, I don’t think we can escape it. We don’t even know if something exists outside of it, much less what that might be.

Look, life may be more complicated than we can ever imagine. Perhaps the closest we can get to escaping the matrix is to have our consciousness extinguished from the simulation. That’s what most people think they are doing when they commit suicide. But that’s just not the case. They’re consciousness continues into the after-life, just the same way any person’s does when they die.

So that begs another question. If we can’t escape the system, can we at least purposely extinguish our higher self, which is the individuated unit of consciousness? That would be the equivalent of committing permanent spiritual suicide. 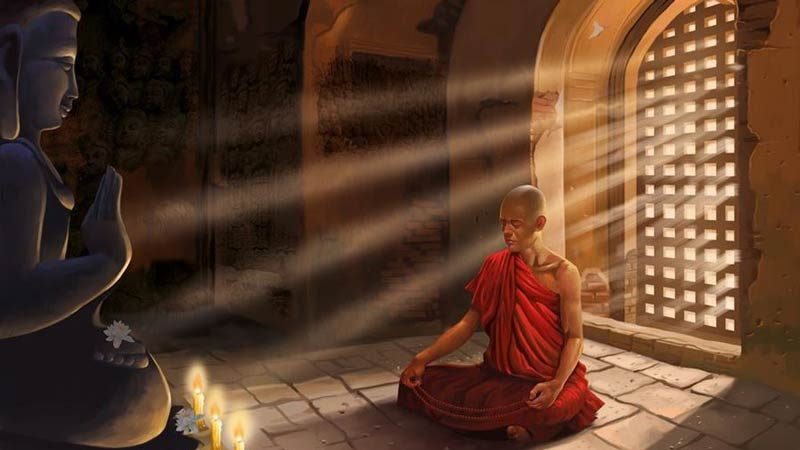 I believe it is a possibility but highly unlikely. If we could do it, then that would be the closest solution we have for escaping the simulation. It wouldn’t really be an escape per se, but we’d permanently end all our awareness and suffering.

You may not be aware of this, but the main goal of religions like Buddhism and Hinduism is to completely lose individuality and be absorbed into the universe. These religions even have a particular word for it called Samadhi.

In MBT terminology, we would say it like this: the individuated unit of consciousness was absorbed into the greater conscious system. But Samadhi may only be an option for highly evolved consciousnesses who have reached the highest levels of the game.

This is similar to what I just mentioned regarding the LCS removing an individuated unit of consciousness. However, with Samadhi it’s done in a good way, meaning the individual consciousness is not extinguished but just merges with the LCS. That, in essence, would be the end game for all spiritual adepts. 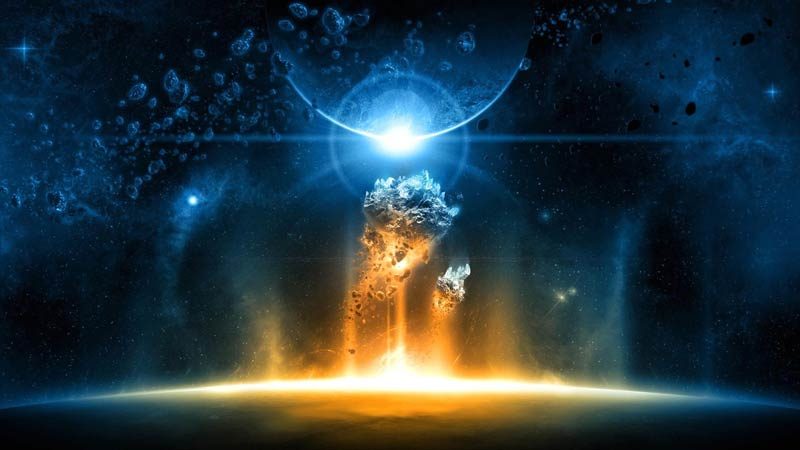 Chances are you’re not even close to the end game yet. Trying to escape the simulation is not practical even if we could. Where would we escape to? And wouldn’t we still have awareness, suffering, and problems outside of the simulation? Of course, we would.

Once your conscious, that’s it. You’re in the game, baby. You might as well stick it out, accept your conditions, and do the best you can. It really helps to know that this is a virtual world and your consciousness continues to exist after you die. Furthermore, nobody, much less the simulation itself, wants you to suffer and feel pain.

You know one of my favorite movie lines came from Vanilla Sky. I’m a big Tom Cruise fan and I admit it. In that movie, Penelope Cruz told Tom at the end, “every passing minute is another chance to turn it all around”. So take those words to heart and make this the best life you can.

You can get started on that by subscribing to my channel and sharing this blog post. The simulation very much appreciates it. Thank you for reading this far. I’ll see you in the next one.